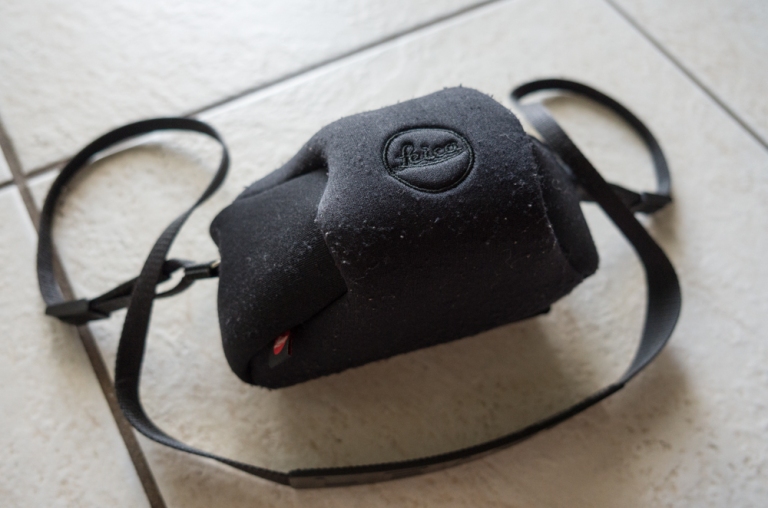 The Leica Neoprene Case M may be the best investment you make for your camera. Really, what other Leica accessory can be this useful for only $54? None that I know of. The Leica Neoprene M case with short front* (14867) is as simple and as it is versatile. As Steve Jobs often said, “It just works”.

*Leica would heap loads of shame on me for crudely naming this gem the Leica Camera Condom, so thankfully they don’t read this blog. 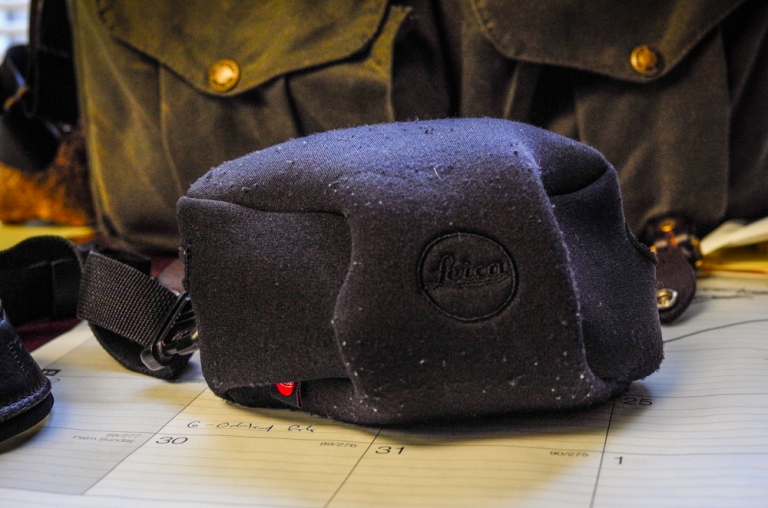 Reading the specs we know it fits an M camera with up to a 60mm length or 65mm diameter lens, and for me has been used without issue on the M3, M6, M8, M9, and MP, with up to the 50mm Summilux. But its useful range doesn’t stop there as it has also worked with my X1 and X2 (though a tad large), and now fits the Leica X Vario perfectly.

Made of the ubiquitous neoprene (same stuff commonly used for wetsuits and laptop sleeves), the case provides basic protection for your camera and lens by adding a layer of synthetic rubber held together by the equally common Velcro. Minor bumps, light rains, and most drunken mishaps are covered under protection of the Leica Neoprene Case M. As an example, my wife once had the diaper bag which my M3 and this case were in. When getting out of the car I heard a thud followed by a stream of expletives about my cameras being in the wrong place and I dreadfully knew what happened. Besides the M3 being built like tank, the blow was severely softened by the case with only a small dent on the top plate to show damage. None of the main functionality or internal workings were damaged, and thankfully neither was the lens, which I wholly attribute to the Leica Camera Condom (oops!). I wouldn’t ever intentionally drop any camera or expose one to the elements, but I have done so out of necessity or error and have thus far come out unscathed. State Fairs, Disneyworld, kids birthday parties, and the good old pub crawl can all attest to this!

The protection this case affords allows me an even greater benefit; you can forego a bag and just bring this case and your camera. It can be thrown in your work satchel, field bag, the center console of your vehicle, a diaper bag, or around your neck or shoulder and the camera will be protected until its time to shoot! When not in use it can be crammed into a pocket and resurrected when needed. Its an easy-going accessory that adds another option when running out the door. Adding to its functionality, Leica states that the case can hold two SD cards which sounds nice but not too exciting. I can happily add that you can cram other essentials such as E39 filters, batteries, film, lens clothes and vials of ninja smoke for bad dates or dramatic exits.

So the moral of this story is that the Leica Neoprene M case is worth a serious look if you shoot with the Leica or other similarly sized camera as it is another tool for those of us on the move. There Leica Neoprene Case M  has served me well for many years, and will so for you if given the opportunity. 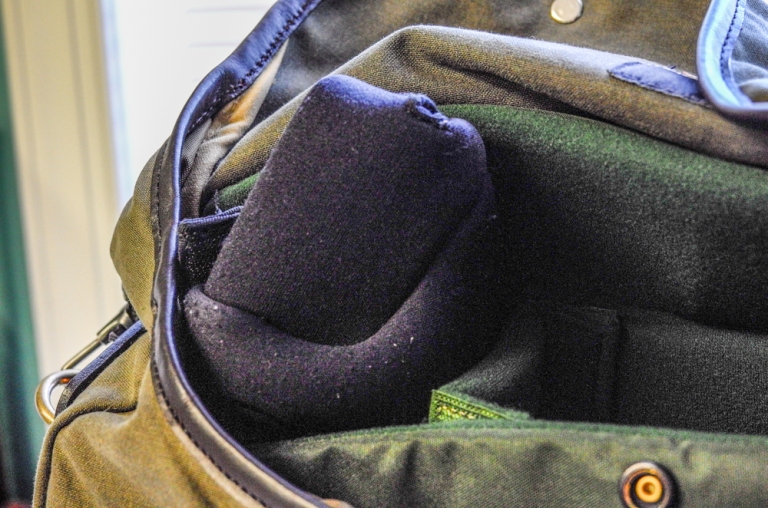 Pick it up here at B&H or here at the Leica Store Miami. You can go elsewhere, but I know these guys are good.